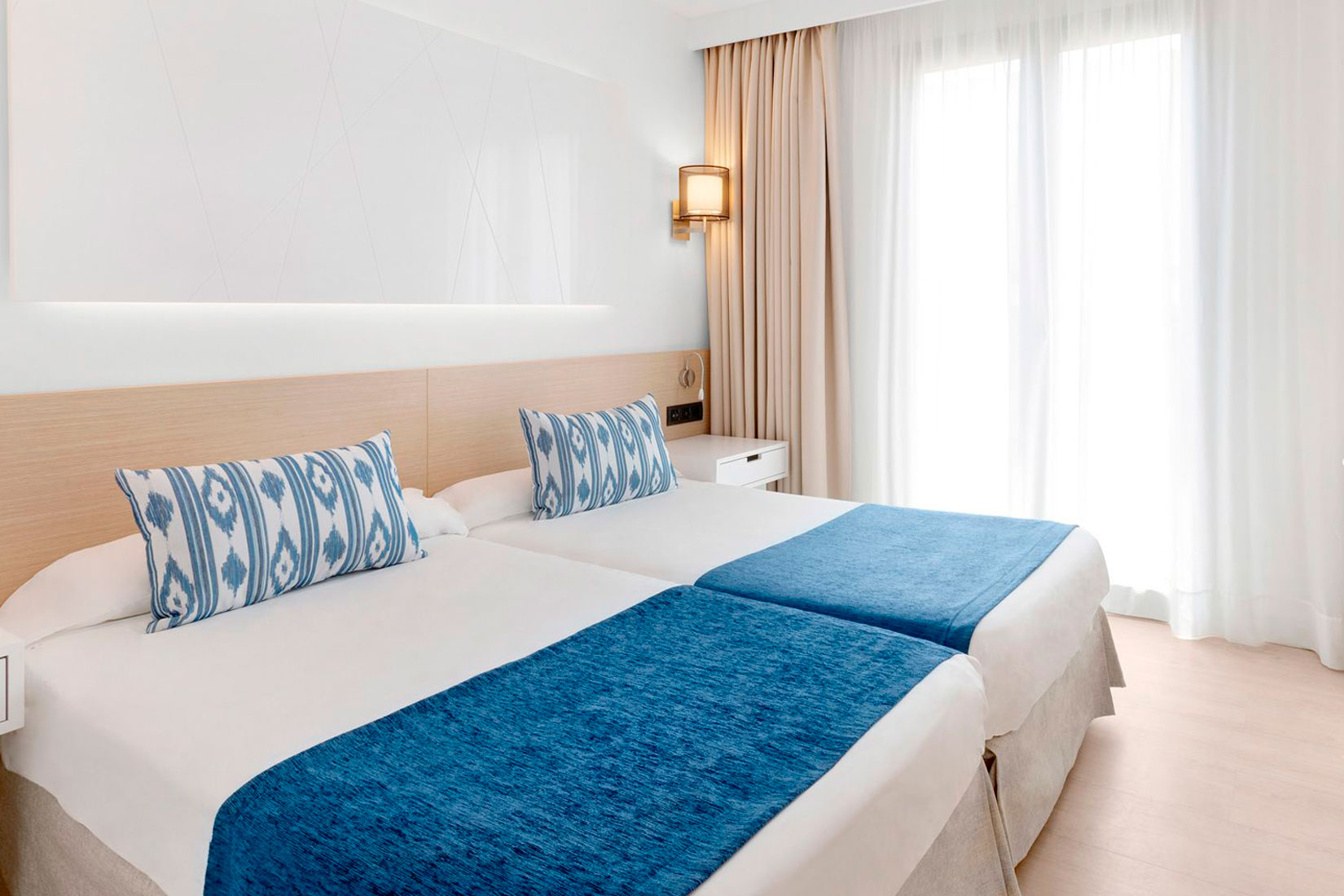 This coming July 3rd the THB Felip reopens its doors, a 4-star hotel located in front of the beach of Porto Cristo, in Mallorca. Its modern facilities include its own pool and a spa area with a heated pool, Turkish bath, sauna and Jacuzzi, ideal for desconnect from a beach session.

We have recently participated in the renovation of all the rooms in their four-floor building and in its apartments, installing climate control and lighting with devices compatible with LivingLight series frames in graphite. The motion sensors used allow optimizing energy consumption when the guest is not in the room, turning off the lights and reducing the production of air conditioning to minimal consumption.

Note that, previously, the ROBOTBAS team also participated in the reform of the second building, installing our lighting and climate automation systems in the rooms and common areas.

The Mediterranean essence of this small fishing village, its proximity to the famous Caves of Drach and the wide variety of services make THB Felip a great alternative for this vacation on the island.