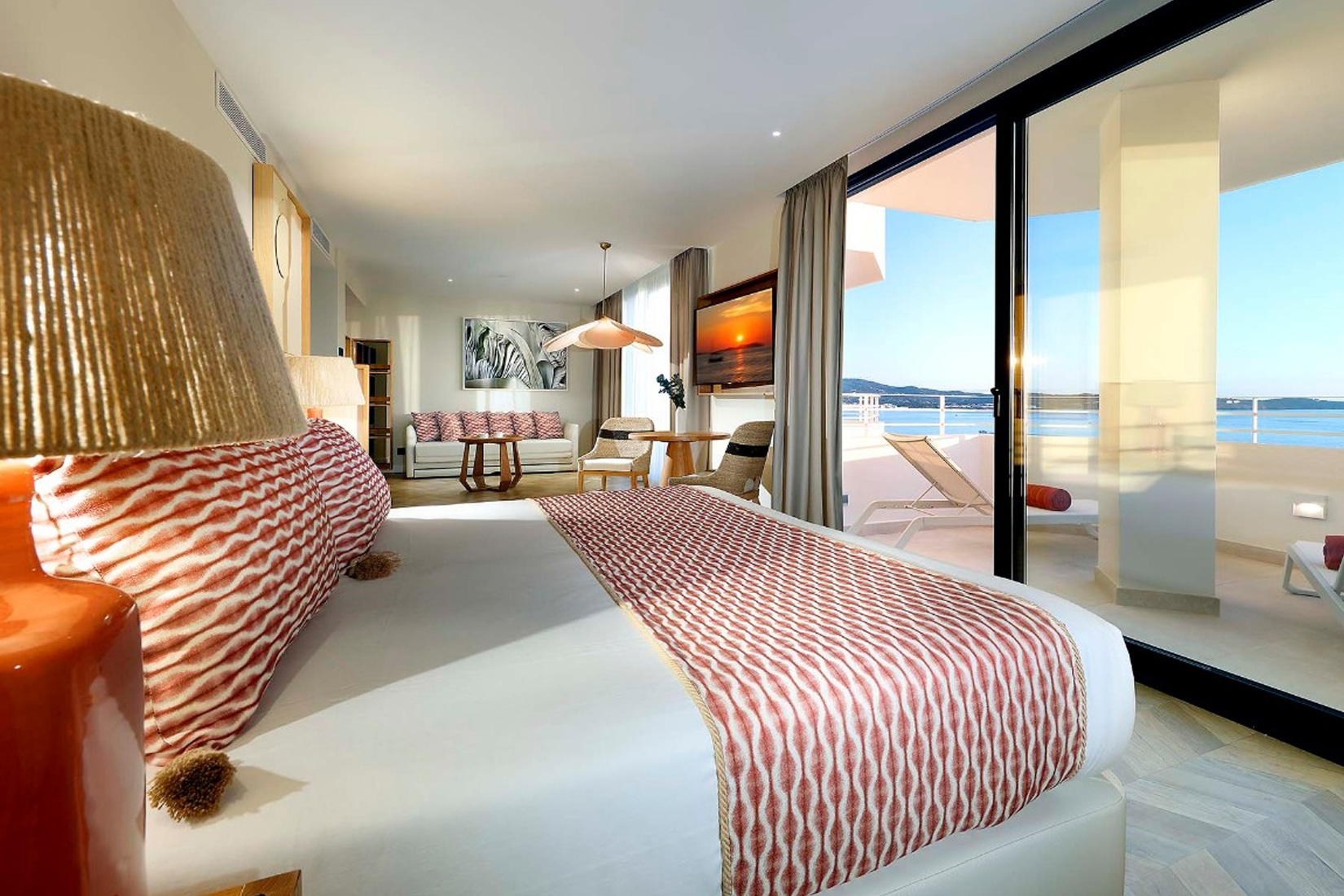 The first TRS in Europe opens its doors in Ibiza

We close the year talking about the TRS Ibiza Hotel, another of the projects that have opened its doors in 2022. This adults-only hotel has been the brand’s first opening in Europe, a luxury brand owned by Palladium Hotel Group and Azora.

Once again, the Palladium Group has relied on ROBOTBAS for the automation of lighting and climate in its 378 rooms. To control the climate, they have opted for the FD7555 JLS climate control display in white glass with anti-fingerprint treatment, which is automatically regulated (just like the lighting) by the MD7315 motion detector when the room is unoccupied.

To regulate the lighting in the rooms, the property has opted for pushbuttons compatible with the S82 Concept trim series in anthracite color, and regulated by the Light Control LC7208, while the lighting in common areas such as corridors, restaurants, the SPA or the gym, among others, is managed by the DALI digital lighting protocol, through the DL7945 communication module. 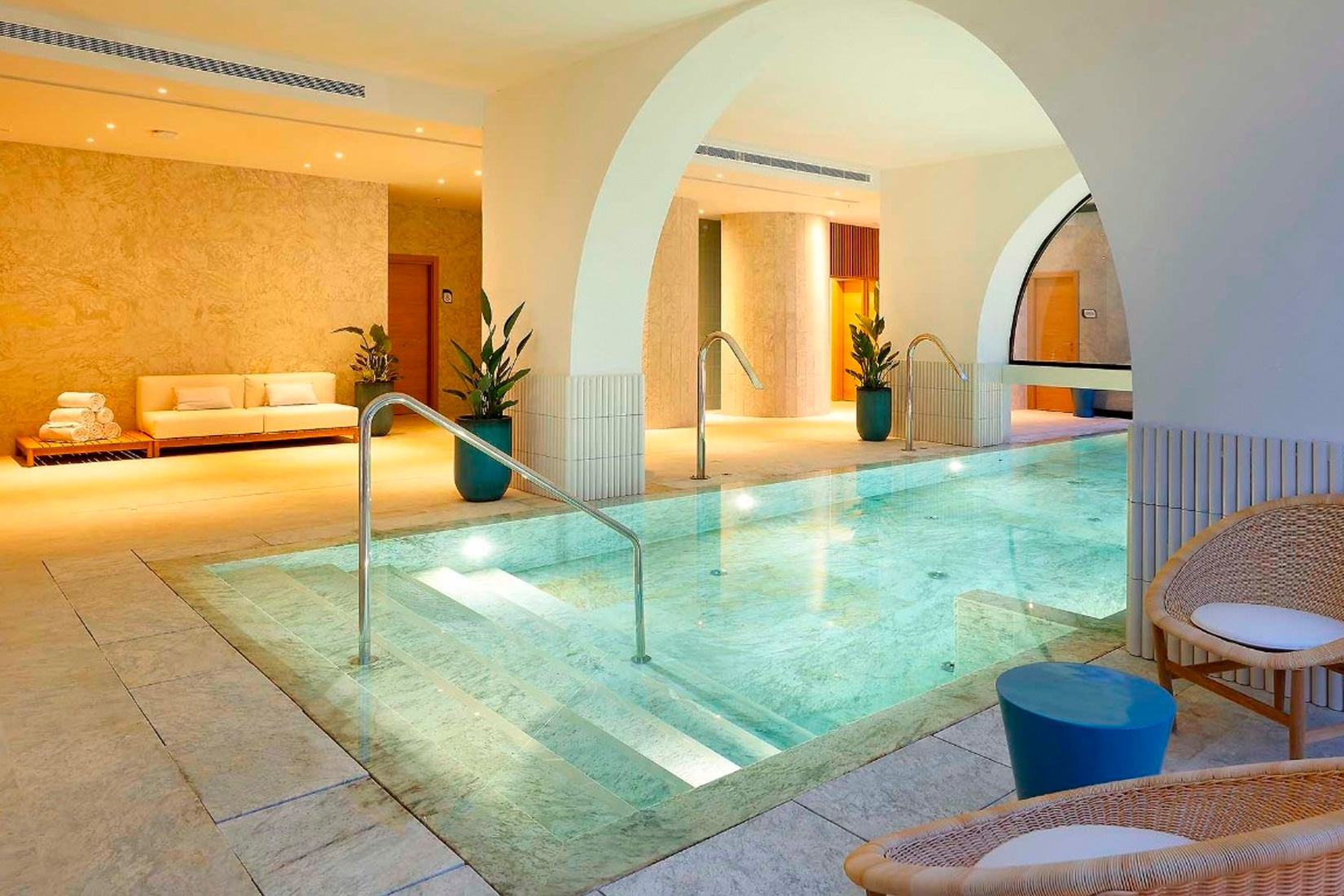 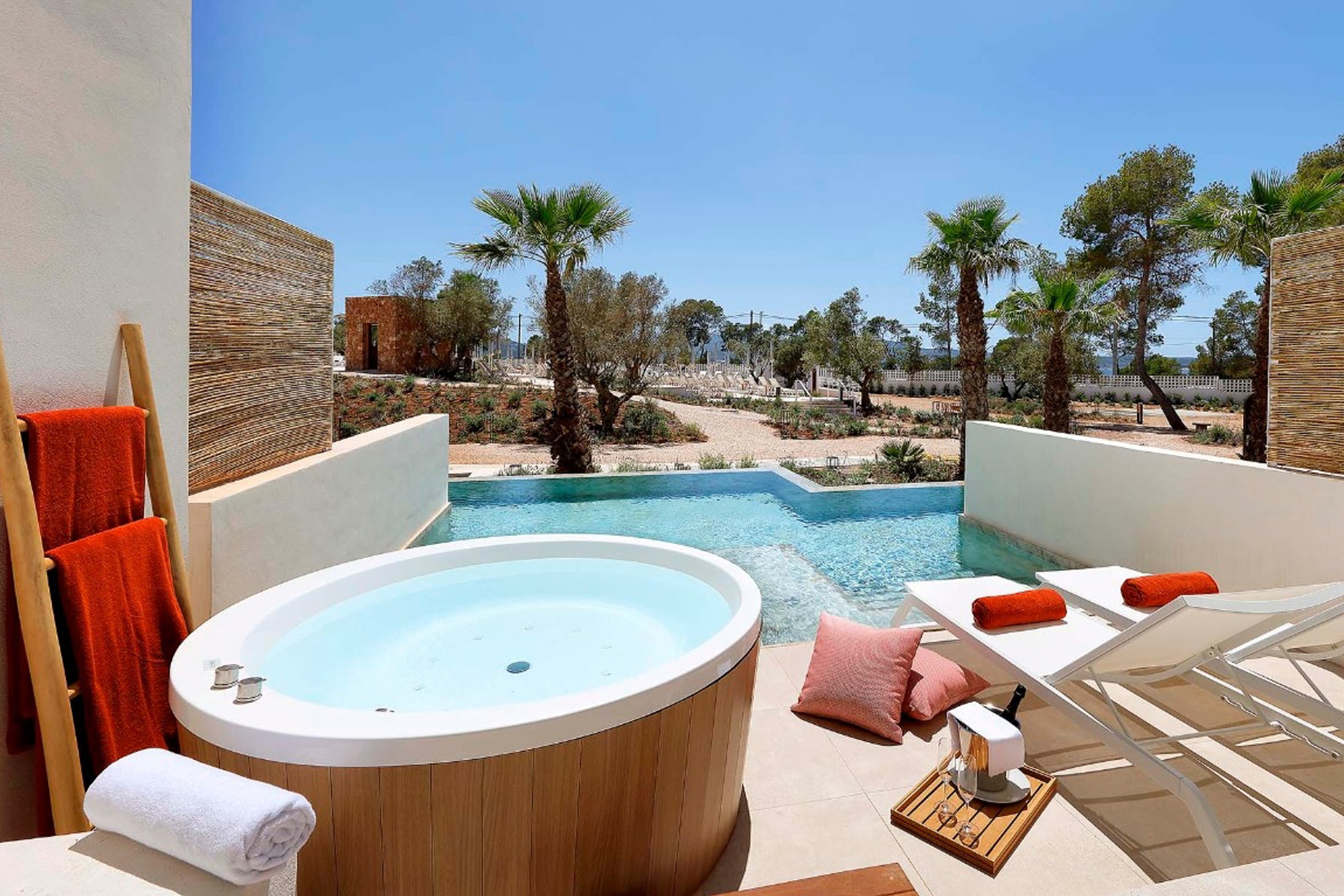 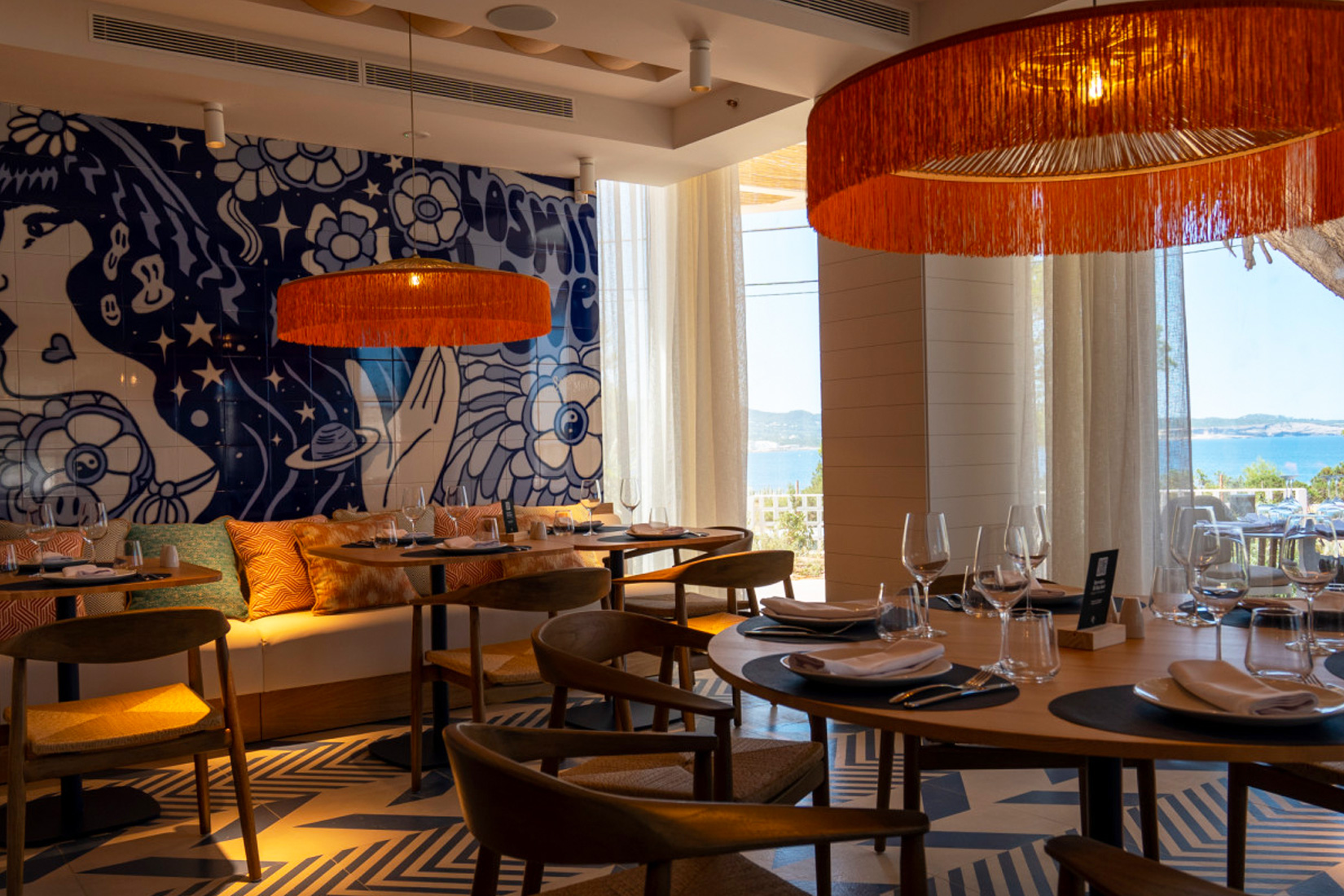 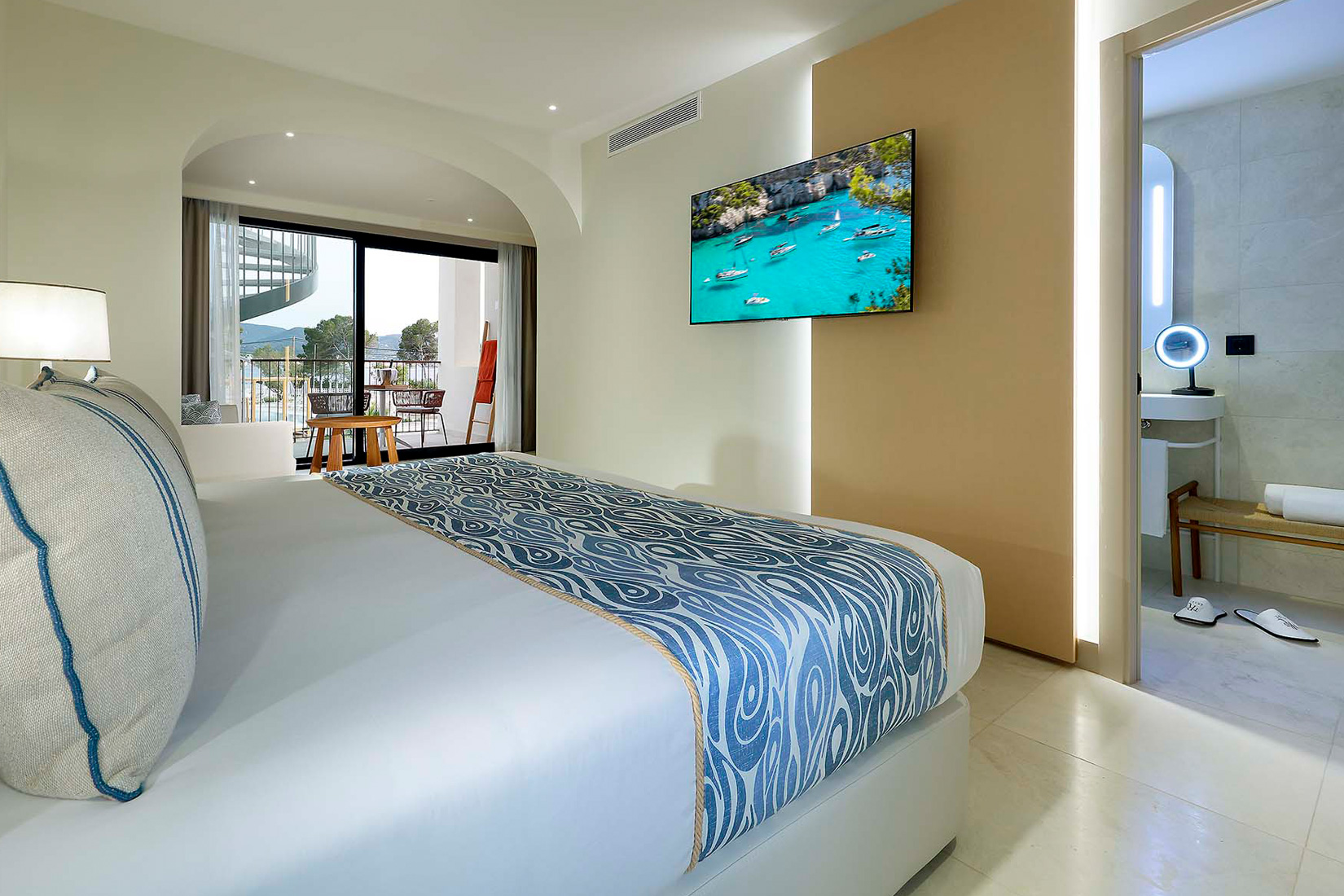 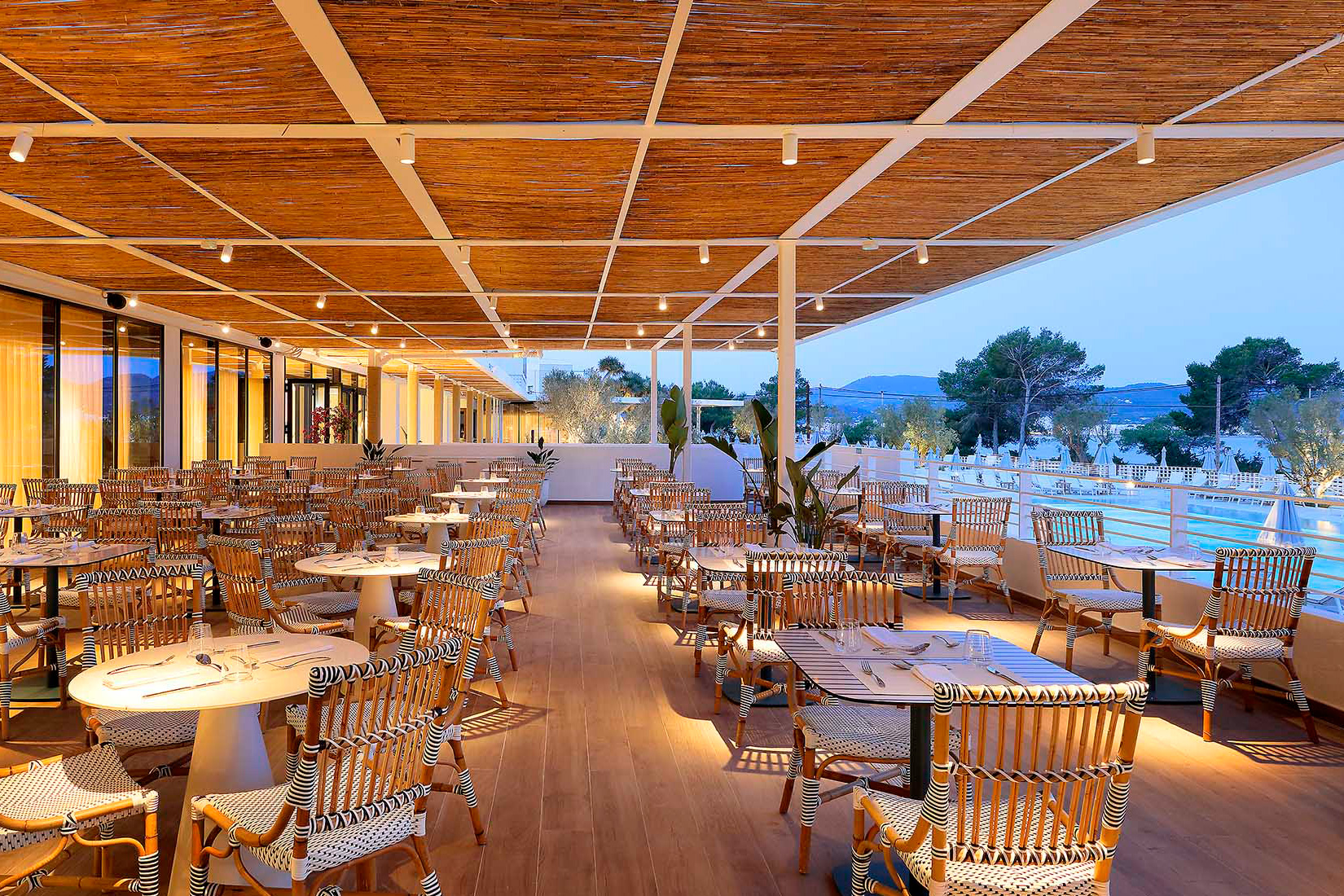 In addition, this hotel, designed for the maximum comfort of adults, has room service and DND indicators that allow the status of the room to be known discreetly and without interruptions, through the SD7530i indicators in the room and the SD7530e in the corridor, all in black glass.

A luxury hotel that seeks to offer visitors to Ibiza a unique experience on the island with a great culinary proposal and spectacular views of the sea.