The Hotel Gran Sol is a four-star hotel located in eastern Mallorca that already had the ROBOTBAS BMS automation systems. In his last reform, he decided to update the SCADA industrial control program that we have with us, taking advantage of it to add control of lighting in corridors and common areas.

They have taken advantage of the reform to replace the air conditioning system they have in the rooms with the FD7555 JLS B displays in black glass, opting for a triple Jung frame to reuse the Bticino boxes they already have.

The rooms also had light and climate control through the use of a card holder, an outdated system that they have decided to replace with the MD7310 LB motion detectors in the room and the MD7315 detector installed on the ceiling of the bathrooms.

This change will allow the hotel to reduce its energy costs, since when the room is empty the lighting will be deactivated and the air conditioning will switch to a saving mode, thus being more respectful of the environment. 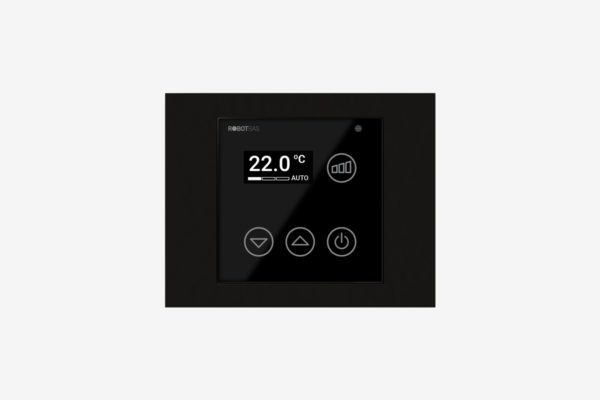