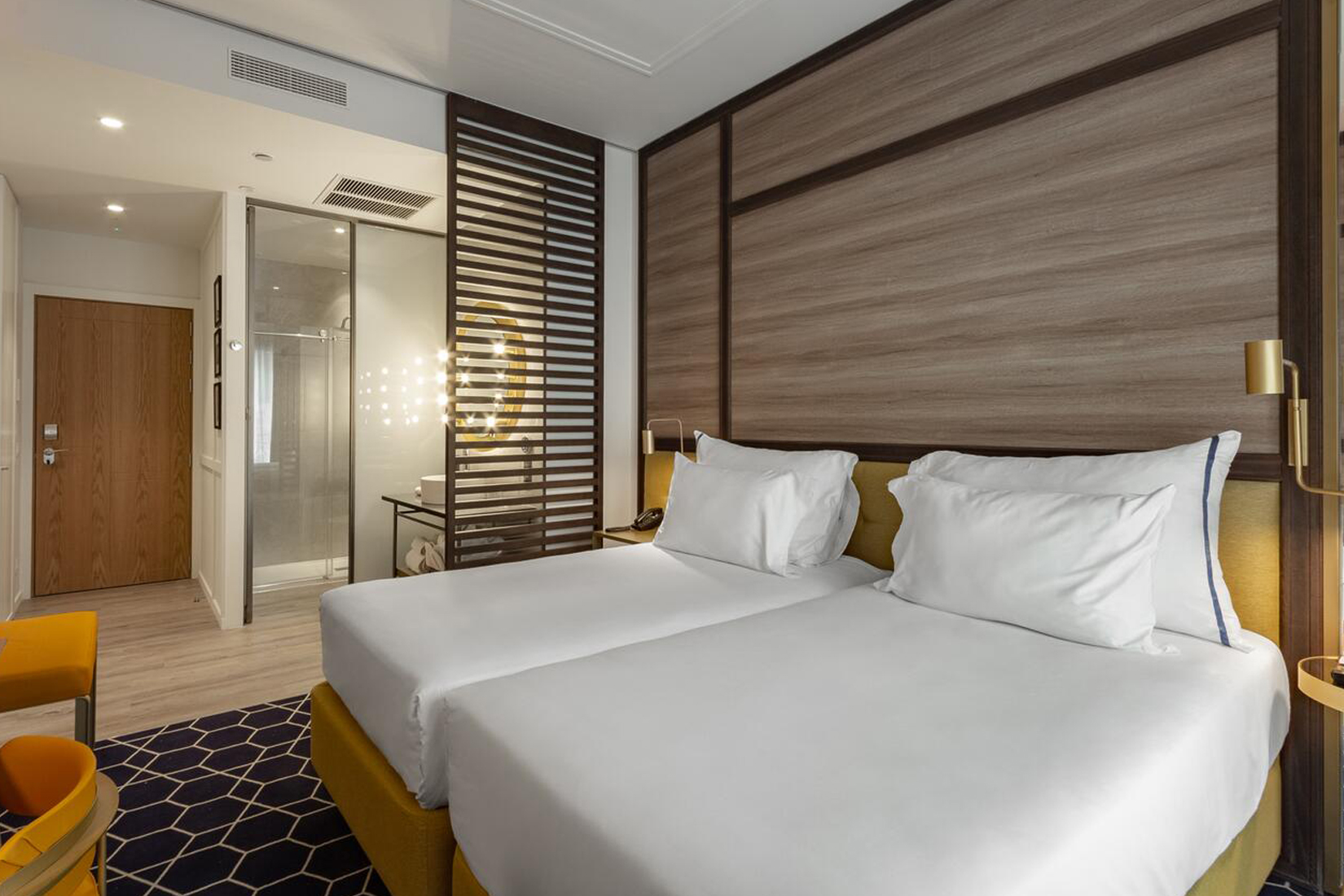 This week the Pestana CR7 Gran Via Madrid hotel by Cristiano Ronaldo has opened its doors. An urban hotel built in 1923 and designed for travelers who seek to enjoy the city and also find a point of disconnection within the hotel.

A project in which ROBOTBAS has installed the entire building automation system, from industrial control to rooms and common areas, and whose opening has been postponed in recent months due to Covid-19.

In its 168 rooms, our systems control the climate, adjustable through the white glass displays FD7555 JLS W. Likewise, we also control its lighting, some of them dimmable, by means of white LivingLight series pushbuttons.

The common areas, including the two floors for the pizzeria, the sports bar, the fitness box, the rooftop with 360º views of the city and a plunge pool, also have the ROBOTBAS climate and lighting control system. In this case, they opted for anthracite LivingLight pushbuttons with personalized iconography.

Regarding the complete control of the industrial zone, we highlight the ACS control, the energy control of the solar panels, the production of hot water through boilers and heat pumps or the control of reservoirs and pressure groups. In addition, multiple heat recovery units have been installed in this hotel, which are very useful especially now, as they allow the hotel’s indoor air to be renewed, air-conditioned and save energy consumption.

A hotel with a lifestyle design that seeks to offer a unique and safe experience to its guests, while reducing energy consumption with our automation systems.